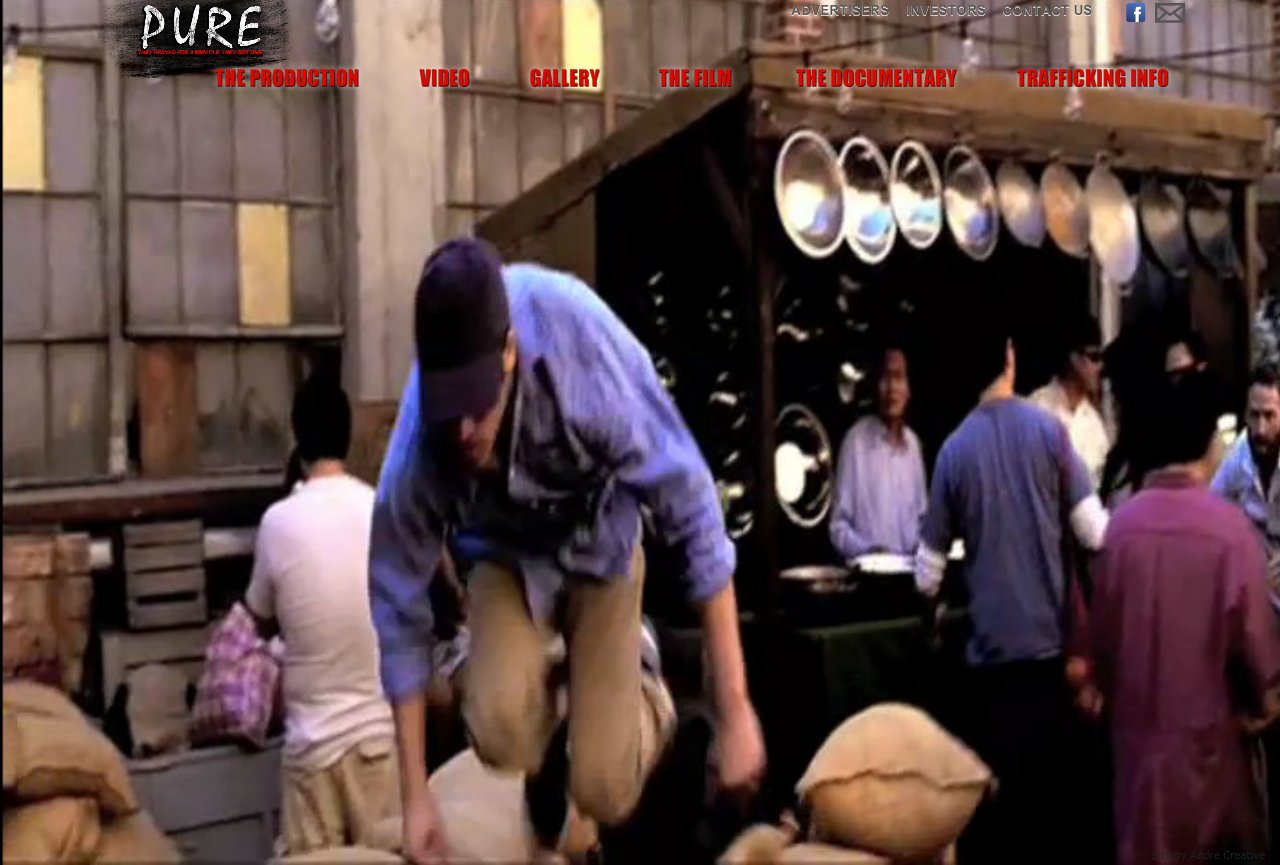 We are attaching a Documentary as a special feature to the PURE DVD release and as a stand-alone film for theatrical release, cable, public television, and educational purposes. It will accurately present the reality of child trafficking and sexual exploitation, how and why it happens, and most important, it will provide practical solutions to this horrific problem and will empower "ordinary" people to take action one simple act at a time.

We believe that Child Sex Slavery can be abolished! We have been working closely with on the field specialist through

On a typical day in the life of an American, we wake up, shower, sit at our office desk, go home, sit in traffic, enjoy a brewski, watch TV, go to sleep, and then do it all over again. Theres a whole other world that we do not see and that is the world of child trafficking. There are 1.2 million children who are victims of child trafficking around the world at an average age of 12.

The Pure Documentary Feature is going to unveil the deepest, darkest truths in the child trafficking enterprise in Thailand, one of the leaders in sex trade. We will be following 3 main characters: a kid who has escaped the sex trade, a woman who spends her life saving children from being sold into sex slavery, and a father who is searching for his child who was recently taken into the hands of the trafficking officials. This documentary will tell three separate stories of individuals who are affected by the sex trade and who are examples of how this industry can be transformed and eventually demolished if we support them in their efforts.

The beginning of the film enacts the what's what of the Sex Trafficking Industry and the system that keeps it the 2nd largest criminal enterprise in the world below drug trafficking. The audience will learn the different avenues a child is supplied through and the logistics of the financial motives. The middle of the film will involve untold stories of the past and what is the almost certain future should we not do anything. The end of the film will unveil the possible solutions under circumstances that are obtainable through a revolution of support from the audience members themselves. The viewers will be left with hope and a clear path of action to make a difference for their fellow children.

We will be going into unvisited territory where children are being stored, sold, abused, and drugged in order to get the real picture, the honest truth. We will show the culture in Thailand, the poverty that actually makes families sell their own children into sex slavery, and the dangerously top secret sex houses. Once the truth is out there, we as a nation and race will not ignore what we have learned. This documentary is not just about telling a story, it is about raising worldwide awareness and creating a movement to save our children from utter trauma and abuse. There are solutions that are working, and we are going to exemplify them so that the children of our future have the freedom to swing on a swing, build a sand castle, and live an innocent, joyful, pure life.