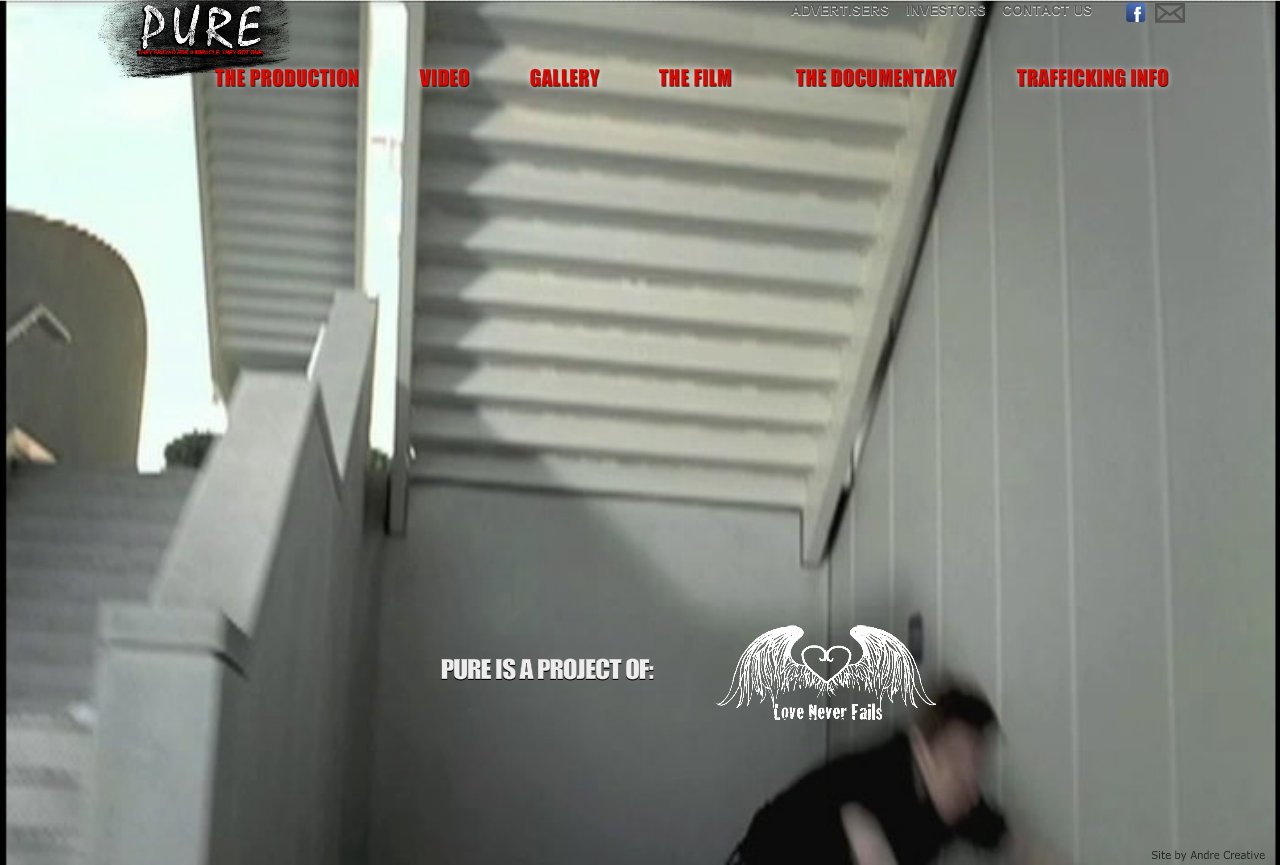 PURE IS A PROJECT OF:

ABOUT THE FILM . THE PRAYED FOR A MIRICLE. THEY GOT ONE.

A slick, fast-paced Action/Thriller with a willingness to shock the audience PURE is derived from true stories. This is an unapologetically emotional film revealing the horrific realities of child trafficking. It's a swiftly moving picture that's packed with high-velocity action sequences and high drama, PURE is a commercially viable picture that has all of the tested ingredients to attract a wide range of moviegoers.

The setting is South East Asia, showcasing the unique cinematic environment perfectly suited for this thriller. The hero, Rick Robinson a former world champion martial artist, turned super star suffers a personal tragedy that goes public and his career is reduced to straight-to-DVD B Movies as his guilt takes a massive toll on his health and wellbeing. A offer comes and with it the hopes of a career revival. Rick travels abroad with his manager to solidify a multi-million dollar, multi-picture deal. Once there, the protagonist attempt to blackmail him, during which Rick witnesses first hand the reality of modern day child slavery.

Rick realizes that his soul on the line and he makes a choice - In a land where the desperate cries of so many go unheard, he dares to listen and takes action. Now in a battle for justice and to clear his name, he finds his true calling and a purposeful new life. Rick faces not only a private army of assassins and thugs hell bent on taking him out, but also a corrupt police force and government agencies in multiple countries that back the billion dollar human-trafficking industry.

Rick Robinson is a softhearted, thoughtful, self-effacing man who is capable of doing serious damage once he finds his meaningful cause. His righteous anger is hard-edged and mercilessly focused as he embarks on his personal rescue mission. With single-minded determination, our hero has no need for a complicated collection of high-tech gadgets. He simply gets the job done with finesse and immeasurable violence.

PURE is the love that saves. The love Rick finds for the children and his intuitive desire to protect them, makes both the innocence and fierceness of that love intensely believable. The film focuses deeply on character and story and its protagonists are characters with whom the viewer can identify with and care about. This creates inert tension and satisfaction in the audience as the story masterfully unfolds.