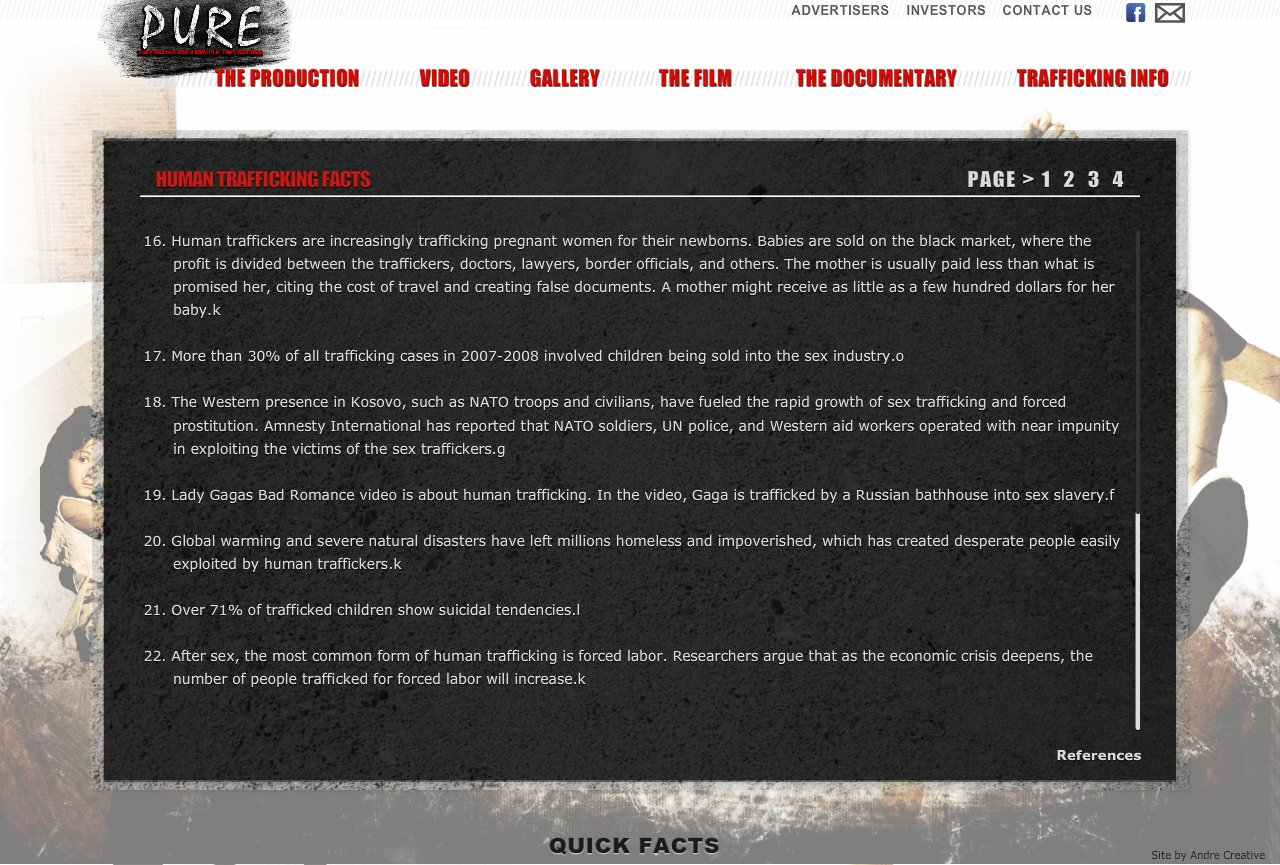 16. Human traffickers are increasingly trafficking pregnant women for their newborns. Babies are sold on the black market, where the
profit is divided between the traffickers, doctors, lawyers, border officials, and others. The mother is usually paid less than what is
promised her, citing the cost of travel and creating false documents. A mother might receive as little as a few hundred dollars for her
baby.k

18. The Western presence in Kosovo, such as NATO troops and civilians, have fueled the rapid growth of sex trafficking and forced
prostitution. Amnesty International has reported that NATO soldiers, UN police, and Western aid workers operated with near impunity
in exploiting the victims of the sex traffickers.g

19. Lady Gagas Bad Romance video is about human trafficking. In the video, Gaga is trafficked by a Russian bathhouse into sex slavery.f

22. After sex, the most common form of human trafficking is forced labor. Researchers argue that as the economic crisis deepens, the
number of people trafficked for forced labor will increase.k

23. Most human trafficking in the United States occurs in New York, California, and Florida.l

24. According to United Nations Childrens Fund (UNICEF), over the past 30 years, over 30 million children have been sexually exploited
through human trafficking.k

27. Women are trafficked to the U.S. largely to work in the sex industry (including strip clubs, peep and touch shows, massage parlors
that offer sexual services, and prostitution). They are also trafficked to work in sweatshops, domestic servitude, and agricultural
work.l

28. Sex traffickers use a variety of ways to condition their victims, including subjecting them to starvation, rape, gang rape, physical
abuse, beating, confinement, threats of violence toward the victim and victims family, forced drug use, and shame.l