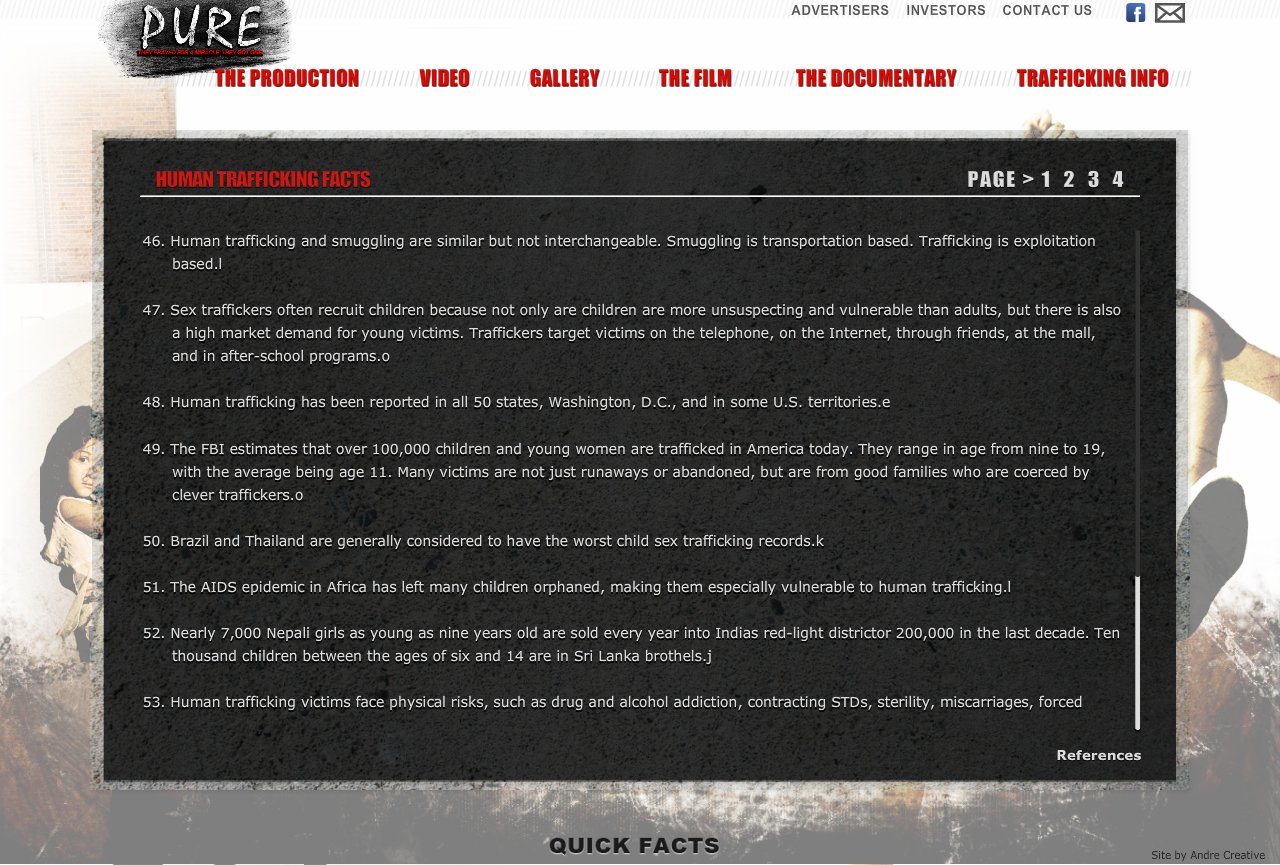 46. Human trafficking and smuggling are similar but not interchangeable. Smuggling is transportation based. Trafficking is exploitation
based.l

47. Sex traffickers often recruit children because not only are children are more unsuspecting and vulnerable than adults, but there is also
a high market demand for young victims. Traffickers target victims on the telephone, on the Internet, through friends, at the mall,
and in after-school programs.o

48. Human trafficking has been reported in all 50 states, Washington, D.C., and in some U.S. territories.e

49. The FBI estimates that over 100,000 children and young women are trafficked in America today. They range in age from nine to 19,
with the average being age 11. Many victims are not just runaways or abandoned, but are from good families who are coerced by
clever traffickers.o

50. Brazil and Thailand are generally considered to have the worst child sex trafficking records.k

51. The AIDS epidemic in Africa has left many children orphaned, making them especially vulnerable to human trafficking.l

52. Nearly 7,000 Nepali girls as young as nine years old are sold every year into Indias red-light districtor 200,000 in the last decade. Ten
thousand children between the ages of six and 14 are in Sri Lanka brothels.j

54. The largest human trafficking case in recent U.S. history occurred in Hawaii in 2010. Global Horizons Manpower, Inc., a
labor-recruiting company, bought 400 immigrants in 2004 from Thailand to work on farms in Hawaii. They were lured with false
promises of high-paying farm work, but instead their passports were taken away and they were held in forced servitude until they
were rescued in 2010.c

55. According to the U.S. State Department, human trafficking is one of the greatest human rights challenges of this century, both in the
United States and around the world.l